Here we are for part 2 of my Tactica 2015 report. It seemed as there were even more visitors than the years before and all the presenters were well prepared. Thus around 10 o'clock on Saturday the show opened its gates:

On the first floor there was a room especially for the 200th anniversary of the battle of Waterloo and a lot of interesting stuff connected to this important battle: 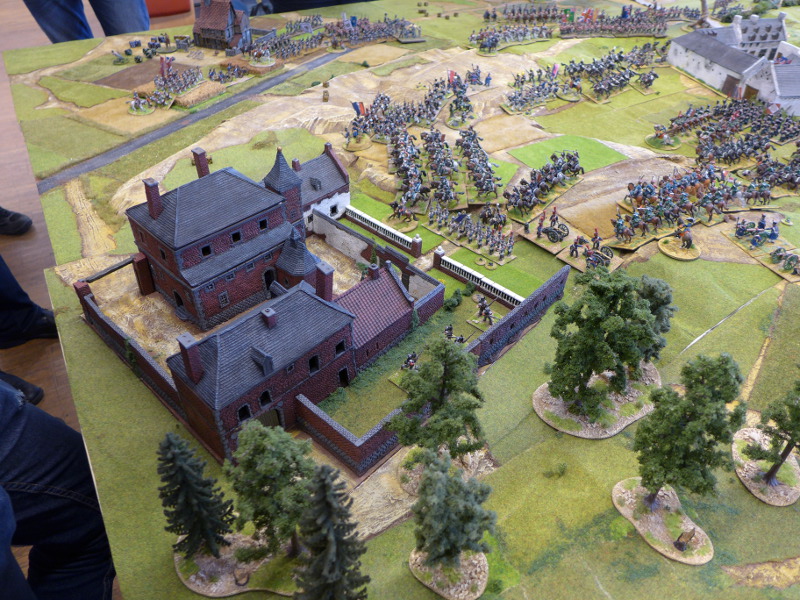 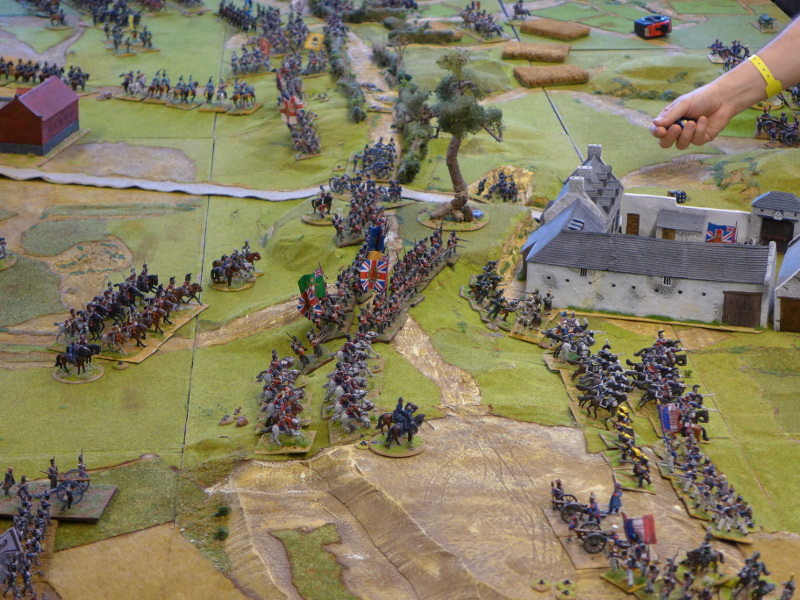 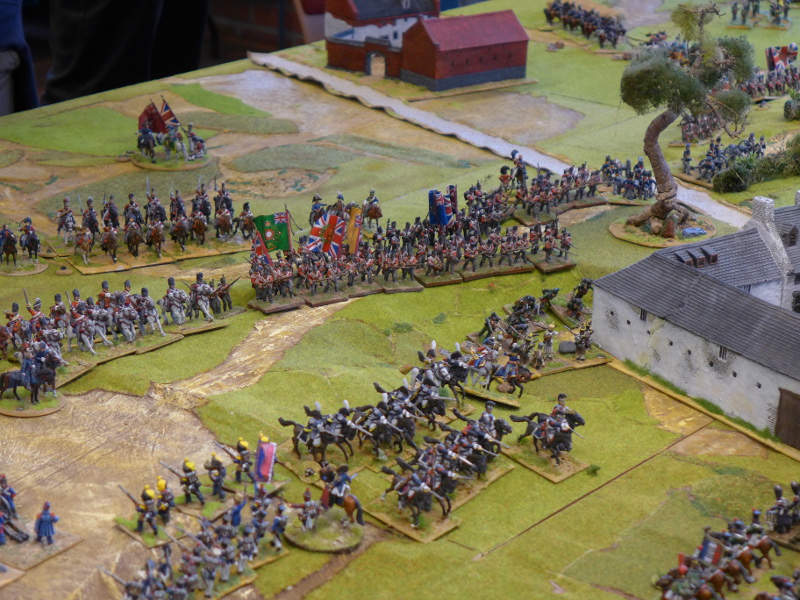 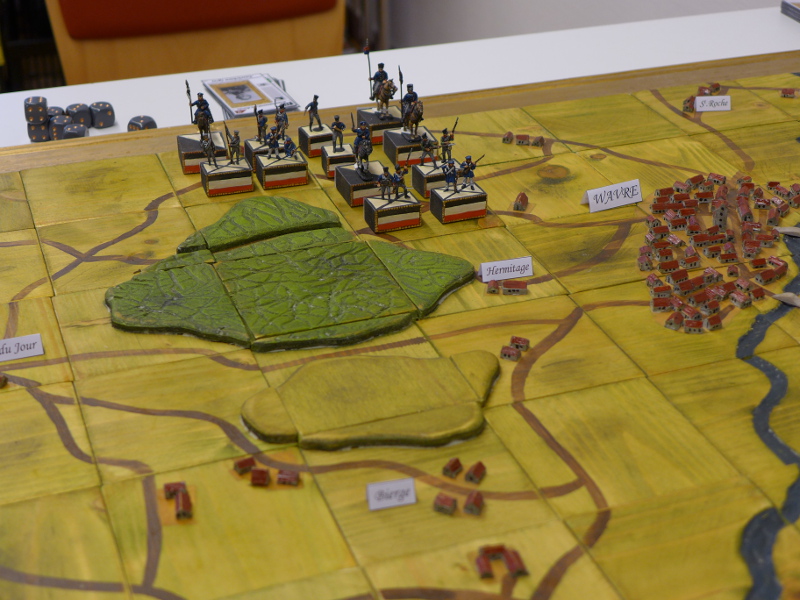 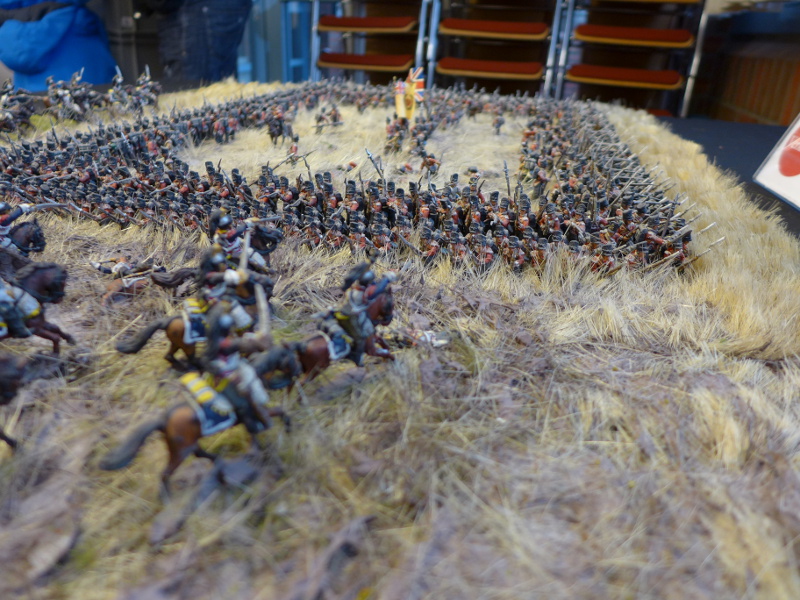 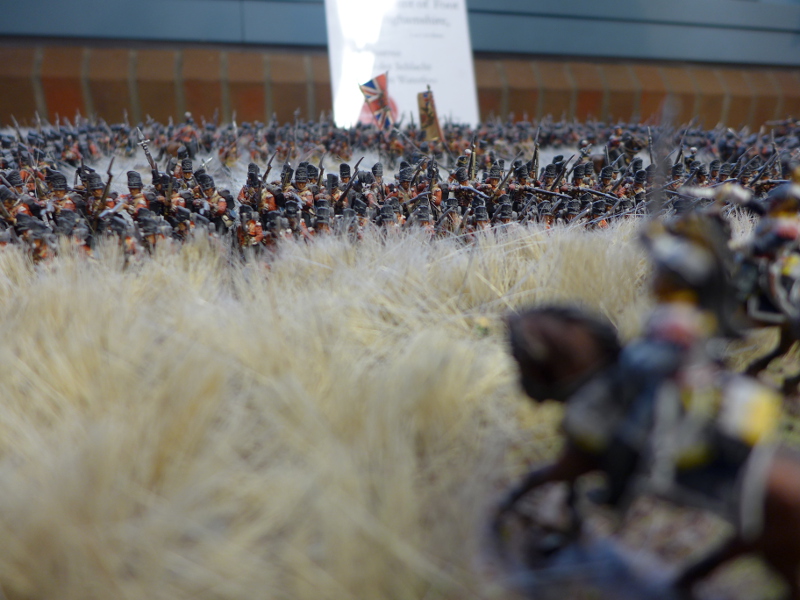 But besides the obvious connection to Waterloo there were a lot of other table well worth to be mentined: 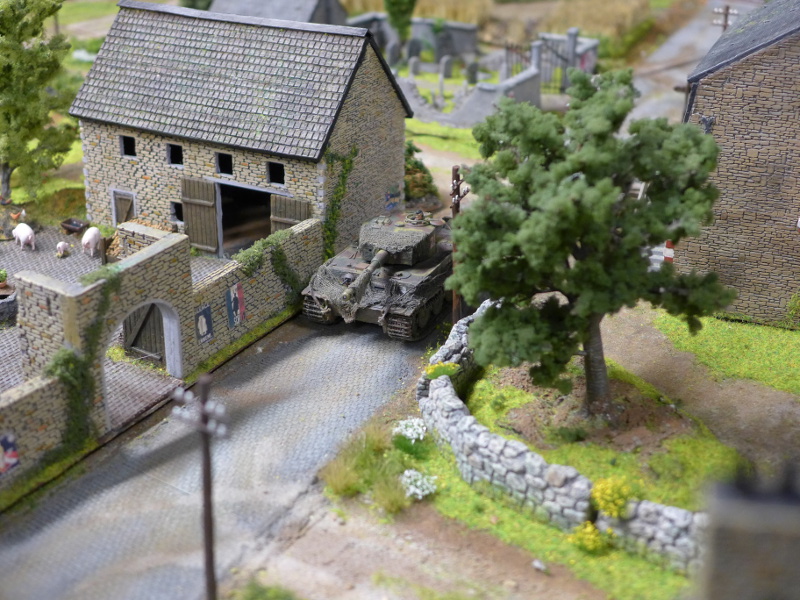 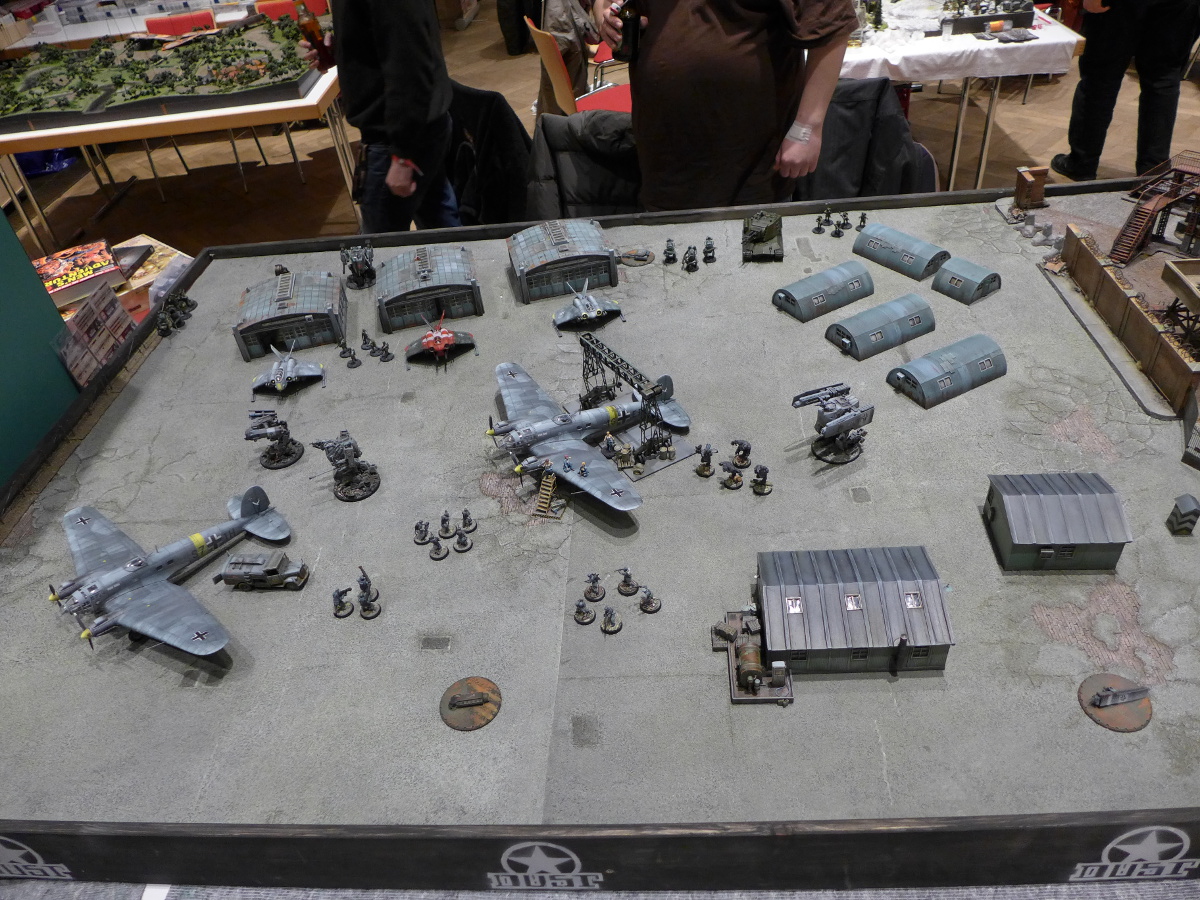 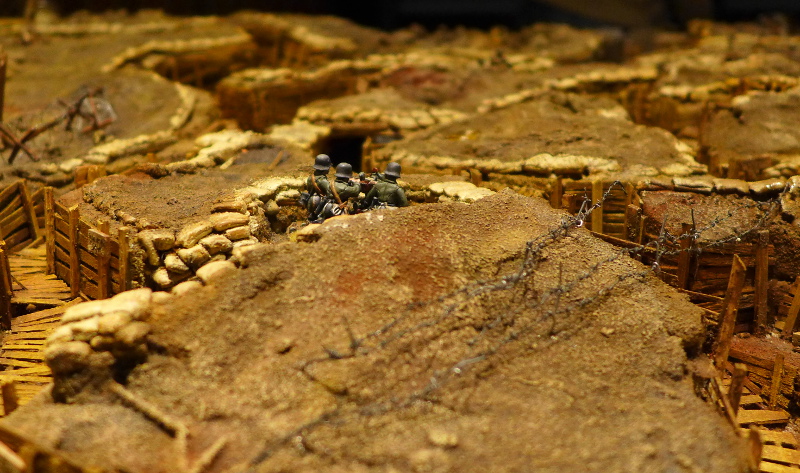 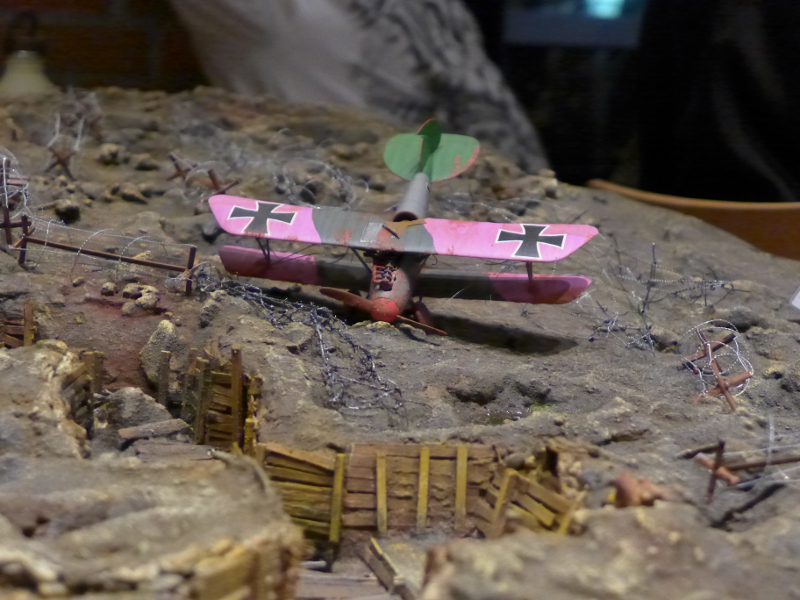 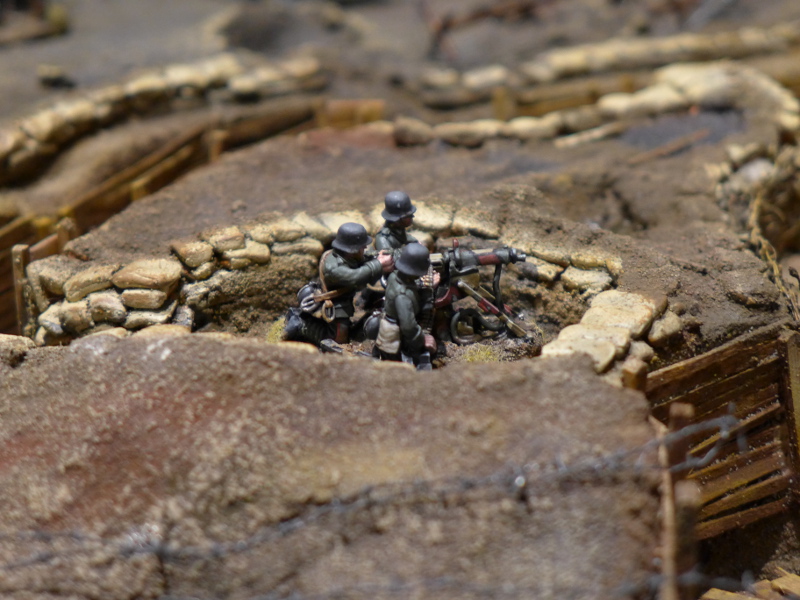 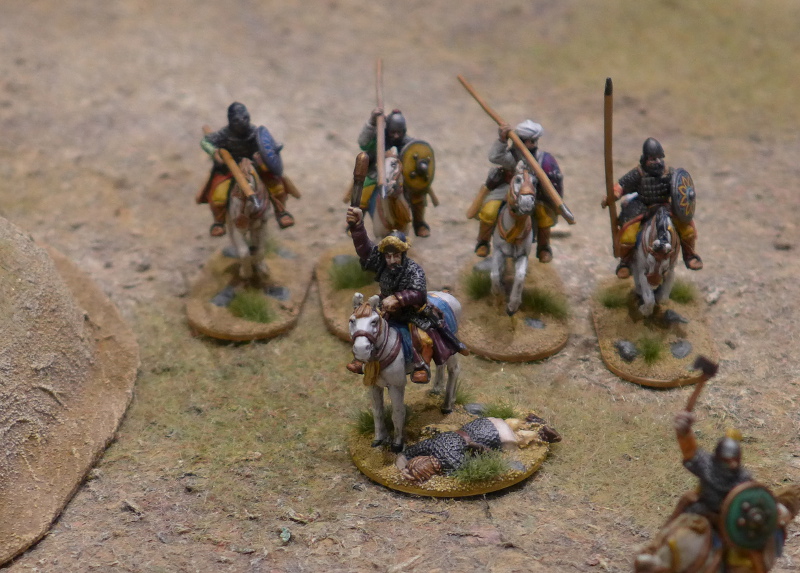 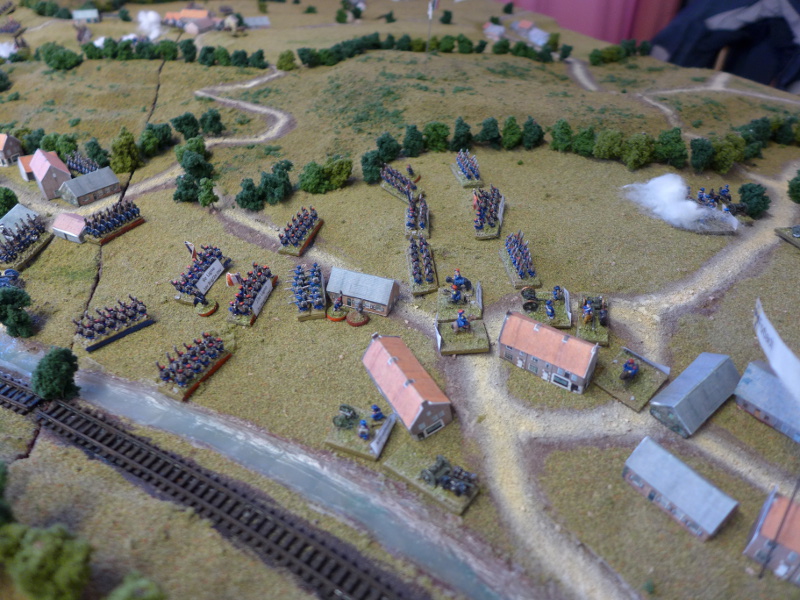 Well... Unfortunately I wasn't able to take good photos of each and every table but I picked the best of them and at least those table really turned out very well. Sorry for the tables I didn't present it was for most of them not for quality reasons.
Eingestellt von Stefan (aka. Monty) 14 comments:

Email ThisBlogThis!Share to TwitterShare to FacebookShare to Pinterest
Labels: Tactica

Tactica-Part 1 - Our tables and some special guests

Tactica 2015 was an awesome event. The show celebrated its 10th anniversary and the organisers got well deserved congratulations and presents from all around and everyone was in good mood. Thus it was a remarkable event in general but there were unique tables present as well.
During the two days I took far more than 100 pictures from which I'll present the best 50 here on the blog. But I'll split them into two posts: One today featuring the two games we brought to Hamburg and tomorrow or overmorrow some photos of the other tables.

So White Death to begin with:
After our game about Napoleon's retreat 1812  found a lot of recognition last year we decided to bring it again. Of course with a new table and new scenarios. This year we brought a 5m (about 15 ft.) table which represented Berezina River and its two banks:
Looking westbound we installed a scene which showed the village Studjanka and the ersatz bridge the French built there. The streets of the village are absolutely overcrowded and dozens of stragglers were stupling towards the bridge. Actually this scene wasn't meant to be part of the game but it seemed to please the spectators very much:
On the Western banks there was a small cottage around which the last French cuirassiers gathered. On this part of the table it was the players' mission to detain the Russian attackers of Admiral Chichagov to buy enough time to allow a successful cavalry charge.
During the two days of the convention we had about seven games so about two dozens of players were able to join us for a game. Most of them seemed to have enjoyed the rules we designed and literally all were riveted by the collection of material we brought to Hamburg. Most of it from Bernhard's unique collection but with some additions of our club fellows Heinz, Holger and Michael as well as from me.
One of the highlights of the show was Saturday afternoon. A nice couple from Nottingham joined us for a game and so I had the great pleasure to participate a game with Michael and Alan Perry. Two really ordinary, sober and incredibly nice guys. Honestly a great pleasure to meet them again after I made their acquaintance last year and a very good game that we played together:
But the Perrys didn't come lonely from the UK. They brought two equally kind comerades. Sculpting hero Aly Morrison and master painter Peter Dennis. Especially Aly proved his patience when he explained me what new range he is working on. A miniature range for French forces in the 1820s for what he called "the war nobody knows" - The Franco-Spanish War of 1823. In addition he brought some greens of additions to his Crimean War range:
Along with those three sculpters came Peter Dennis the master painter who is responsible for a lot of cover arts on wargaming boxes and for some Osprey illustrations as well. He was busy and very focused on his work all the time but a nice and polite fellow anyway. It was fascinating to see his paintings come to life over the day and on Sunday morning I had the honour to serve as a model for him. Well... I only had to pretend to hold a pencil like a drumstick but a nice experience anyway.


But besides those well known guys some celebrities from the Lead Adventure Forum showed up. Some of the well-known moderators showed up and granted us the unexpected pleasure to make their personal acquaintance:
Captain Blood brought some of his excellently painted miniatures and presented them in on of the glass cabinets in the entrance hall. Unfortunately the lighting was rather poor but it was difficult to avert my gaze from his colourful creations: 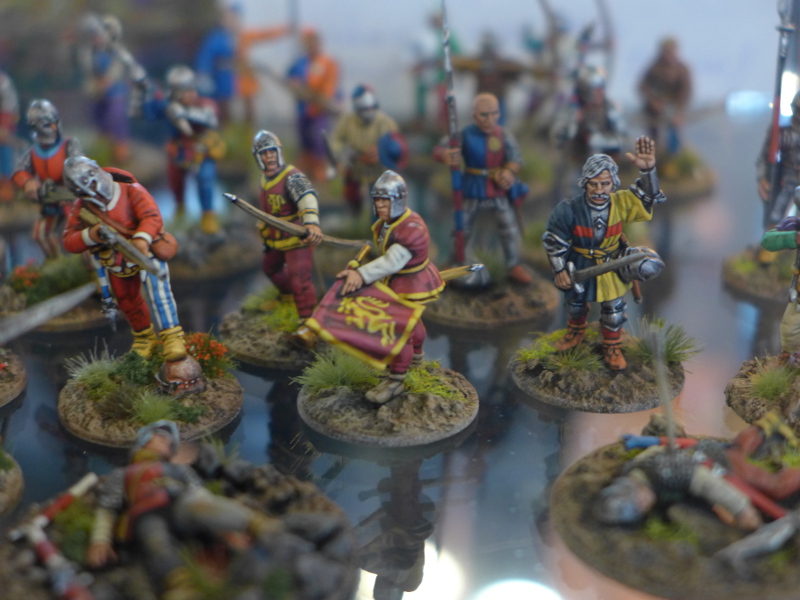 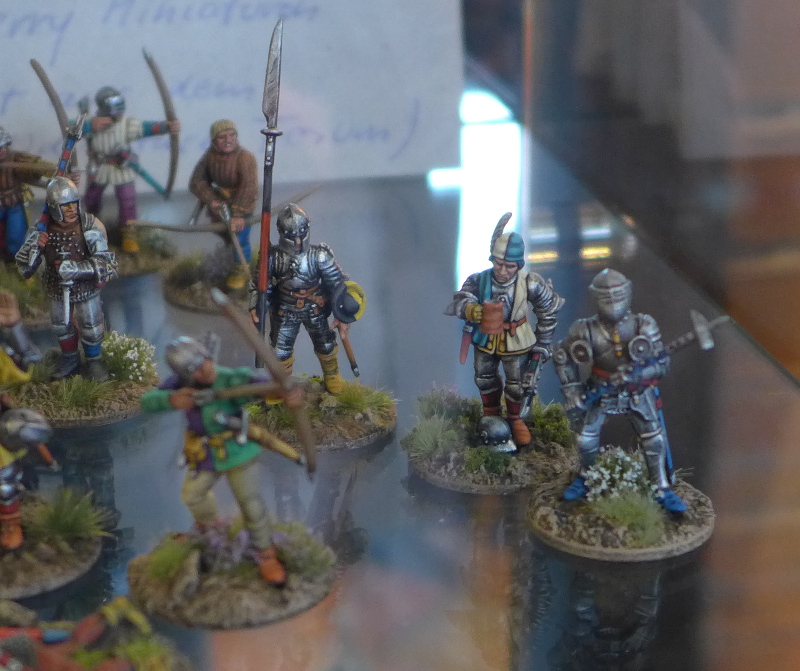 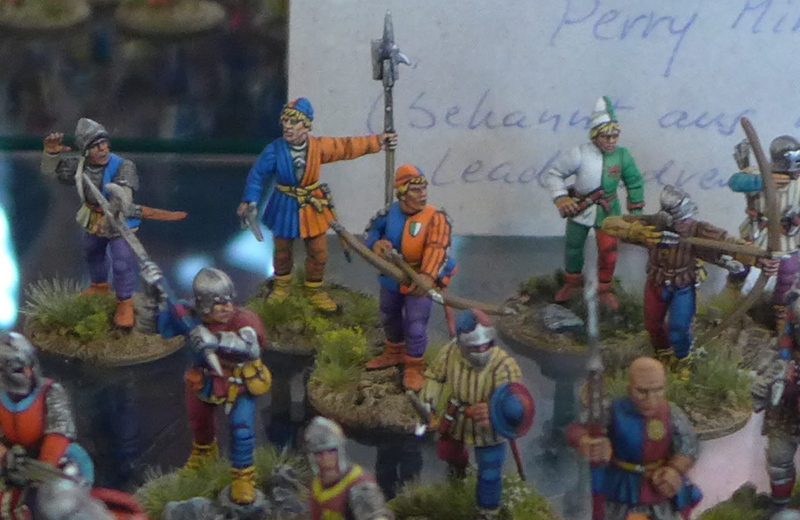 On Sunday my visit in Hamburg received its second highlight when the LAF boys showed up for the second time and obviously were a bit idle. So we set up another game of White Death spontaneously and the trio delivered itself up to the Russian forces coming from the West. Those pleasant-natured gentlemen were very patient with my humble English and my fainting voice and we spent some great time. As Professor Witchheimer last year and Admiral Benbow always these fellows appeared as very fair and pleasant players. It was awesome to make their personal acquaintance and to see once more were the edges of our virtual world are: No social network can completely replace a real game with real fellows and real dice.
But besides White Death our club brought a dungeon which inhabited a course for Squigghopper race. The awesome board was built by our club fellow Georg with Hirstarts castings and used an improved version of the Squigghopper rules Games Workshop published a couple of years ago. 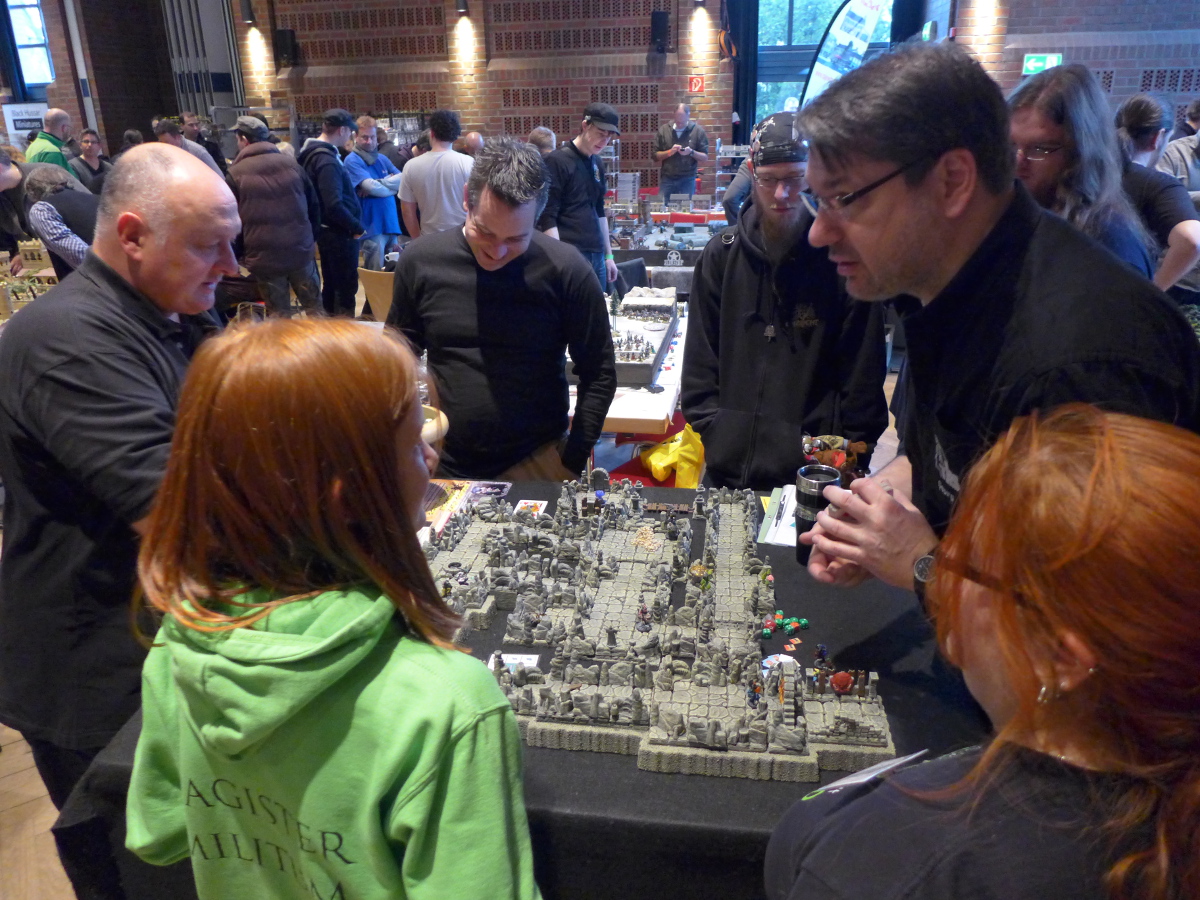 The game was pure fun and more than 50 visitors joined Georg and Kalle for a game or two or even more. Through the grapewine I heard that already there were challenges declared and gauntlets thrown down for next year's Tactica show. 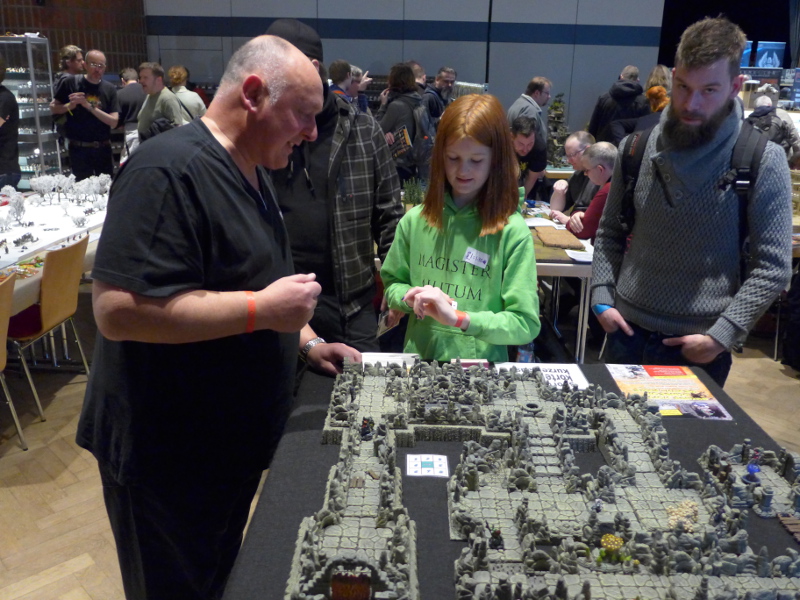 After all it was an awesome weekend with my wargaming friends and a lot of nice fellows showing up in Hamburg. It was one of the rare occasions to make new acquaintance or revive older ones. Thus I can't wait to set sail for Tactica 2016...

During the next days I'll post the pictures I took of other table. Some real outstanding pieces of art so stay tuned !
Eingestellt von Stefan (aka. Monty) 12 comments: