Just a short one before the year comes to its end. Currently NWF is my main project. Although I'm a lousily slow painter my collection of British / Indian troops is growing constantly. Here's a quick view at the latest additions:

Second Lieutenant Walter Rice Olivey
My interpretation of the 66th (Berkshire) Regiment of Foot was finished a while ago. At least as a smallish 12 figure detachment. But I needed some more time to prepare the flags. Thus those two brave ensign - who both fell in the battle of Maiwand in 1880 - had to wait some time. 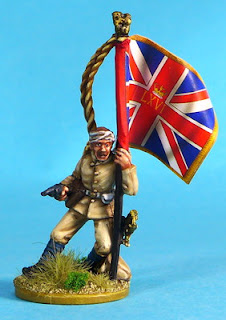 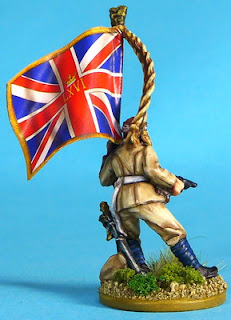 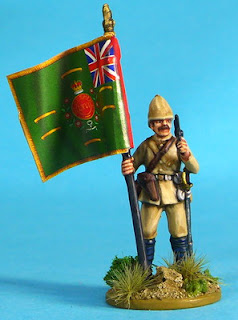 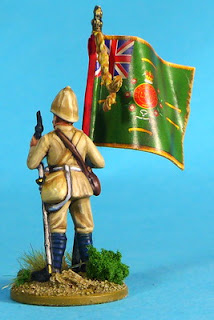 9pdr Royal Horse Artilley
Of course there's some heavy stuff needed as well. Here's a 9pdr to start with. 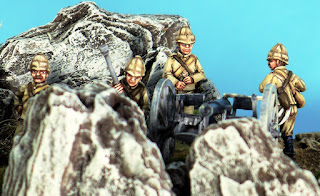 Heliograph Team
As well as in the Sudan and in Zulu land the British deployed Heliograph teams in Afghanistan to maintain a certain amount of communication. To have a team different from the excellent Sudan models by Perry Miniartures I built up some chaps from a combination of the NWF plastics and the Zulu British plastics by the same company. 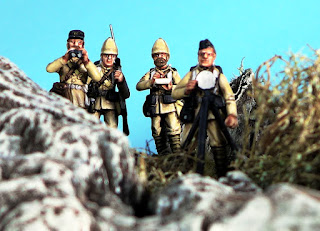 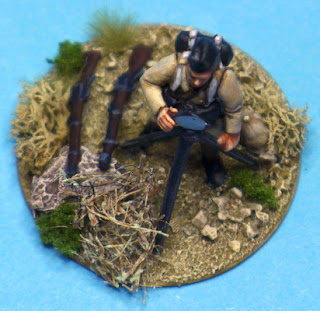 That's it for now. Just a short post to show that I'm still alive and painting.


Have a good new year's eve tomorrow and all the very best for 2018!
Eingestellt von Stefan (aka. Monty) 11 comments:

Merry Christmas, a happy boxing day and a most happy new year! All the best for 2018 to you and your kin! 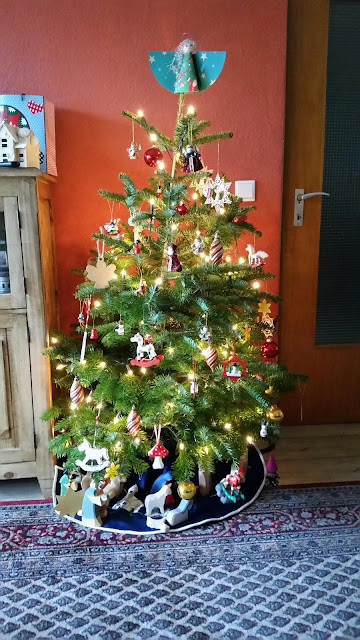